Skip to content
The old and boring art vs. craft debate takes on a new view in this To the Best of Our Knowledge episode. As with many topics, looking back into the past and reconsidering past attitudes provides insight into the future. 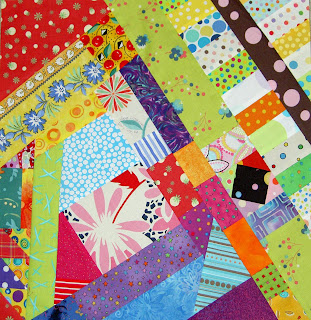 This is one of the most cheerful quilts I have seen in a long time. I really like the background squares butted up against each other and the circles taking up almost all the space, but leaving just enough for the backgrounds to peek through.

Deirdre has made a small quilt that I really like. I think it is simple, but effective and I love her use of beads. Nice job, Deirdre.