The CQFA Meeting was actually on January 5th, but I can’t always get to the meeting notes right away.

As usual, we traded ATCs. There were about 7 people participating in the swap this time. It was really great to see all the ATCs that people made.

Mine weren’t my best work. I measured wrong and waited until the last minute. Everyone made the best of my blunder by saying that they were the embodiment of the resolutions of the New Year. They were skinnier than they should have been so they were the butt of a joke about weight loss in the New Year.

I showed the Spiderweb top, mostly because I had it there and was working on ripping off the paper after I finished the Garden. I also showed The Corner Store. People were very complimentary. 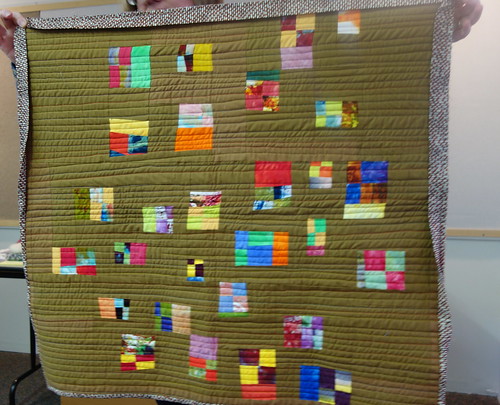 There was show and tell, but I forgot my camera (typical, I know, right?). I love the group, because they do such great work. The piece above is one of Maureen’s and I liked the negative space. I was smack off of working on the Negative Space segment in the Design Series, so negative space in quilts was on my mind. 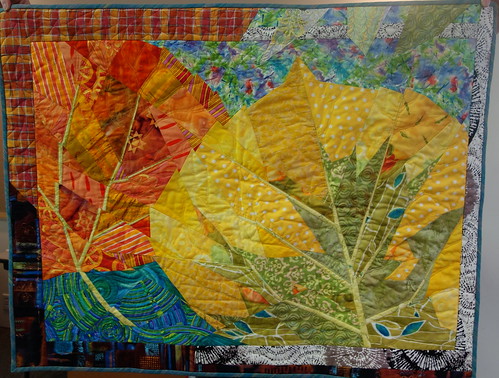 Ann brought this piece and it screamed Ruth McDowell at me. I think Ann said she took a class from Ruth at some point, but had really just gotten into working with her techniques recently. I thought the veins of this piece were great.

Good meeting. I enjoyed myself.