The Young Man came home the other day and told me about a project/assignment he had for history. he had to write 5-10 entries in a journal of a character to be assigned on the Oregon Trail. He was assigned an 18 year old young man with $45 dollars. We brainstormed a little bit on the content and then he said he wanted to make the paper look old for extra credit.

I thought about this and suggested tea dyeing. I am not a tea dyeing kind of girl, nor do I do much with paper arts, but I thought I could make this happen. After work, on my way to the gym I asked him to let his tea bags dry out a little bit and determined to do the tea dyeing when I got home.

When I got home, he found me the ‘old looking paper’ he wanted to use. This was interesting, because it turned out to be college ruled binder paper. Huh? I wasn’t in the mood to argue and it was his project.

I spread the paper out on the kitchen counter and squeezed and rubbed the tea bags on the paper. To dry them, I microwaved the paper on high for 10-20 seconds. The effect was ok, but not as dark as the Y.M. had hoped. He did a second round with the tea bags, which made it better, but still not great.

After dinner, as I was tidying up, I spied my giant bottle of cinnamon. It is the right color, so I poured some on the paper and rubbed with my fingers. The paper was really gritty, but also way more brown than the tea and not wet. The Y.M. was really happy with the effect.

Once the paper was finished, he took it and began writing the entries.

In the morning, I cut a piece of my book binding thread and, on the way to the train, I told him how to ‘bind‘ the papers together and tie them off. He didn’t take the time to make a cover, but, for the short time we had to do the extra parts of the project, I thought it looked good. I hope his teacher agrees, especially since the project smells like cinnamon. 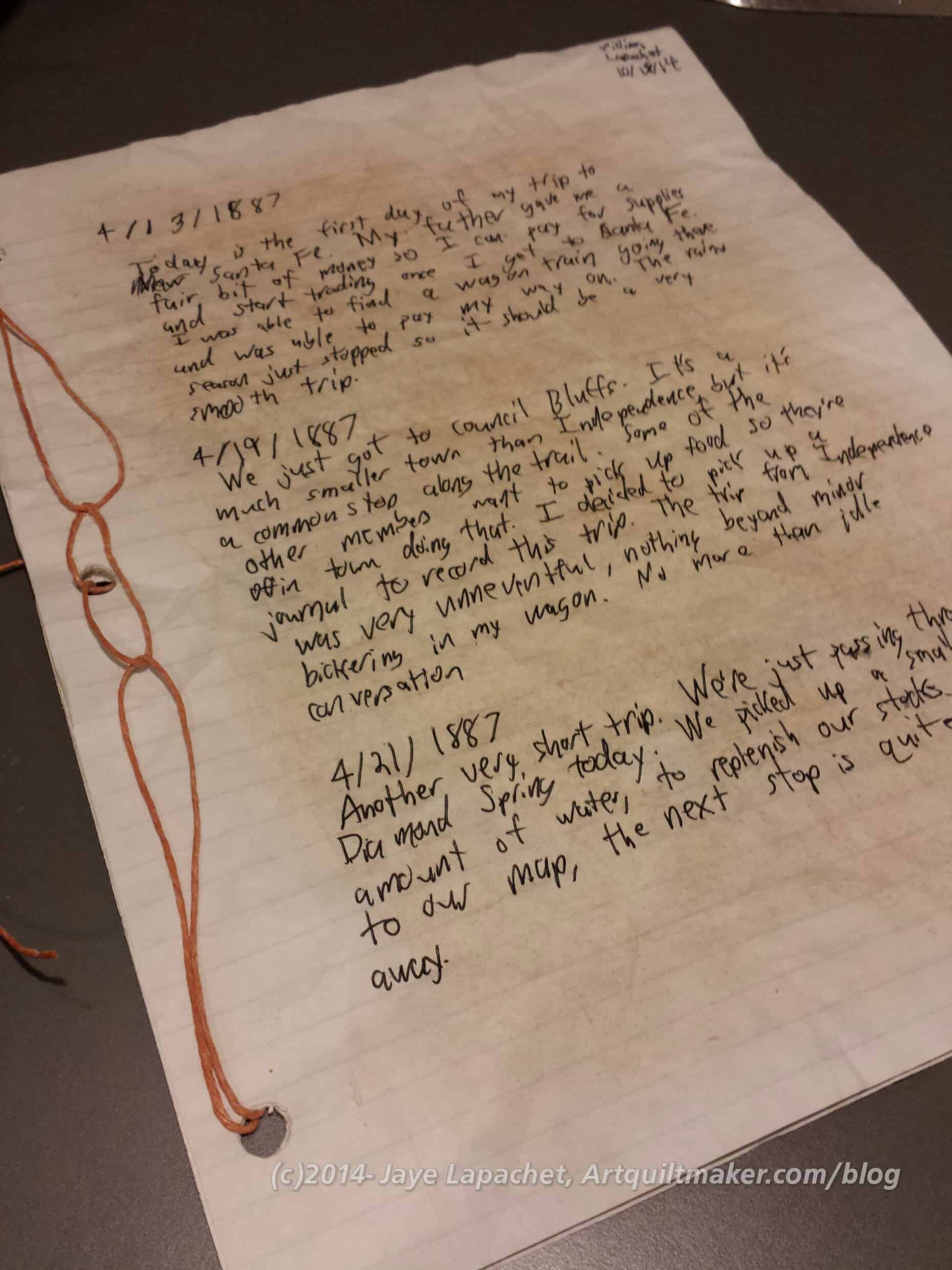